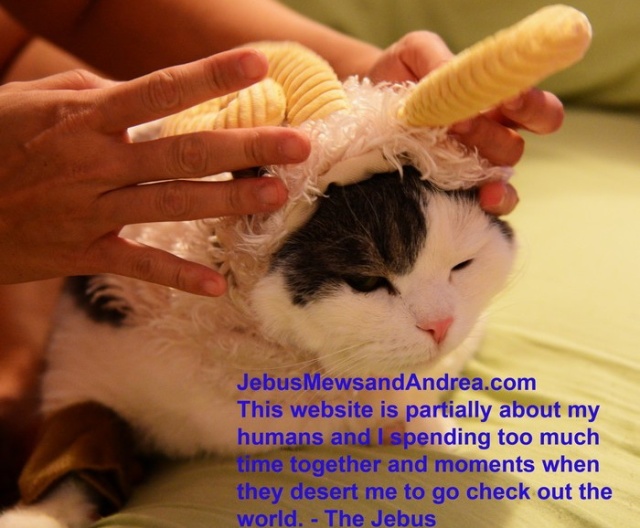 We’re Victor and Andrea, the photo enthusiast duo behind this blog which covers our travel adventures, NYC and musings from our cat Jebus (passed away 2015), Princess Leia (passed away 2015), Chewie, and Jiminy. Since we don’t drive (I never learned and Vic hates it) most of our traveling is done without a car unless we venture out with someone who drives.

Victor has the main shutter finger while I usually enjoy the surroundings and snap the occasional photo. We’re both native NYers and still debate who comes from the better borough. I swear by Manhattan (I’m from the Lower East Side) and he swears by Brooklyn (he’s from Sunset Park). We live in Bay Ridge and he likes to joke that he moved up in the world because when he was little Sunset Park was kinda ghetto. I grew to adore Bay Ridge but it will never quite feel like home. My NYC posts are basically one long love song to my hometown which has changed drastically over the years. I love to travel and get to pester Victor about our next trip. He’s pretty content building up his photo equipment for our excursions. A child’s atlas my mom gave me when I was little gave me the wander bug I suffer from today. My goal is to see as much as I can and play with as many furry creatures I come across. – I love animals.

As for Jebus our cat. He’s a real special boy. He tolerates me dressing him up which started when we brought him home about 4 ½ years ago. He kept spraying. It’s behavioral not health related so his punishment is to get dressed up in costumes. I’m surprised he hasn’t killed me yet because all my other cats would have.

Jebus would like to have a moment:
“I’m from “Bahsten” or Boston for everyone else not from MA. I’m a true Garfield at 15 pounds. I love belly rubs and armpit scratches. If you love furry cats with soft splendid bellies, cats in costume or my furry nudes – read my rants on Jebus Mews.” – Mew Mew Mew, Jebus

We’ll miss you buddy. Glad we can keep your memory alive with all the pictures and drafts you left behind. Blogging won’t be the same without your input and you sitting on my lap.

Princess Leia joined our household May 26, 2015. Her human companion passed on in March and her human cousin has been trying to avoid the shelter system. Her cousin would have kept her but one of her cats is way to frisky for Princess’ sake. Princess is one of the sweetest most loving kitties and she’s quite a delight. We decided to take a cat fan fiction approach with her since I’d feel like a real dick dressing up a well behaved geriatric cat.

We miss you. You really were a Princess, you had the most impeccable manners. Never met a more perfect cat. Too bad you had to leave us but we had a good 3 months. We got to enjoy our string time and love hugs.

Chewie joined our household on December 9, 2015 when he was 4 years old. My mom’s boss couldn’t keep him since her kitties had FIV and we were looking to adopt, so we adopted him. Our ginger cat  chews on everything like he’s a hamster. He’s a picky eater, loves hugs, a bed hog, bites papers and boxes and spits it out. Since he’s from the city psych ward island, he specializes in “Human Behavior”.

Asking for attention! This is a big accomplishment for Jiminy 🙂

Jiminy was rescued by Anjellicle Cats Rescue from the city shelter’s “at-risk” aka death row list. He joined our household on August 31, 2016 when he was around 4 years old and has come a long way. He’s learning to trust us (he has major trust issues, we aren’t sure if he’s part feral or very, very, very shy), enjoys belly rubs, playing with his brother Chewie, and the occasional snuggle. Chewie, in his studies likes to joke that Jiminy suffers from extreme anxiety disorder. Jiminy loves cats but people not so much. He’s pretty good with us but it took him 3 years at the no kill to try and come around to petting, Jiminy adopted me (Andrea). One day, when I was cleaning his area of the cat room he brushed up on my hand instead of hit me like usual and now he lives with us. He’s been a great addition to our family but we are unhappy he’s stolen Chewie from us. They’d rather cuddle each other than hug us but it’s really warming to watch them chase each other and play together. 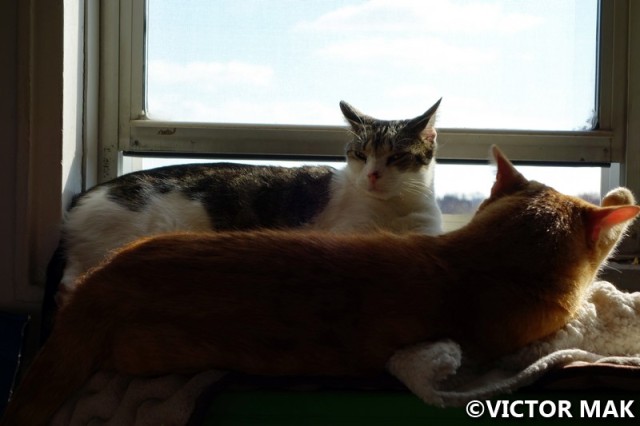