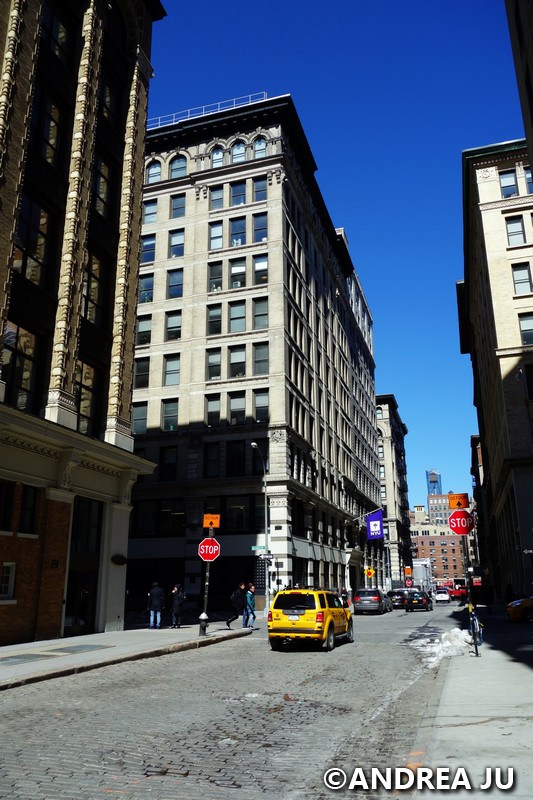 March 25, 1911 was one of the deadliest industrial disasters in NYC and one of the deadliest in US history. It occurred at Triangle Shirtwaist Factory at 23-29 Washington Place in Greenwich Village. 146 garment workers  – 123 women and 23 men died. Some jumped to their deaths because entrances were blocked, others died from smoke inhalation, falling, and fire. The oldest victim was Providenza Panno, 43 and the youngest Kate Leone and Rosaria “Sara” Maltese, 14. Most garment workers were Jewish and Italian immigrants.

They think the fire was started by a cigarette butt or match in the scrap bin which had two months worth of scraps. There are other speculations of what could have caused it. Arson in the garment industry was not uncommon. When a particular fashion went out of style, sometimes there’d be an “accidental fire” to collect insurance. The owners Harris and Blanck had four suspicious fires in their companies but this one was not suspected as arson.

The factory was located on the eighth, ninth, and tenth floors. The exits and stairwells were kept locked by the owners to prevent theft and unauthorized breaks. Many of the people who couldn’t escape the building jumped to their deaths. This tragedy helped fuel the growth of the International Ladies Garment Workers’ Union (ILGWU). They fought for better conditions for sweatshop workers. The fire also paved the way for legislation to improve factory conditions. This is what working conditions were like when there were less regulations. For a good example what life was like working when there were less regulations, read Upton Sinclair’s The Jungle. We read it in 8th grade and I remember it till this day, it left quite an impression. It was all about free market until the Depression hit; at it’s peak unemployment was at 25%. 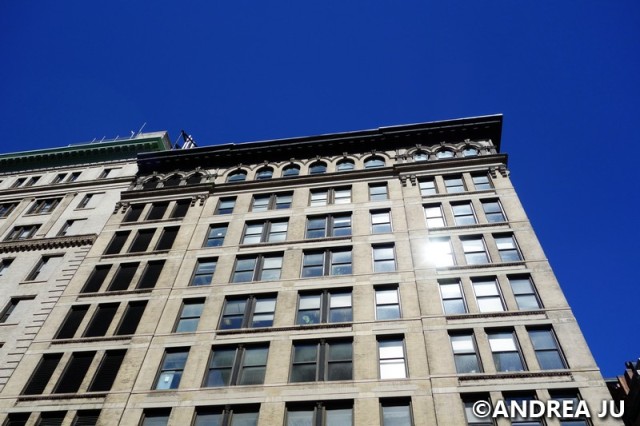 My maternal grandparents worked at a factory in Soho. Back in the days when a lot of people got robbed in Soho.  My parents would take us to visit my grandparents once in a while when I was little. I remember the loud drum of the industrial sewing machines. My grandma would show off her grandkids to her friends. I kinda hated it because they would all pinch my cheeks (I still have cheeks), it would hurt. I hated the cheek pinching, visiting was nice. After she was done showing us around, my grandparents would take us to the managers office. Her manager was not only her boss but became her friend. They stayed best friends till my grandma’s death. I wish I appreciated these grandparents more, they were always weird to me (culturally they were very different, they were immigrants) and my Dad’s side (I’m 5th generation American) is very ignorant towards immigrant Chinese. I wish I understood how hard it was for my maternal grandparents. But I’m glad I understand now; better late than never.

My maternal grandparents worked hard when they emigrated over. My grandma was part of a union as a seamstress but not my grandpa, he swept the floors after he closed his business that wasn’t doing well. They had safer factory conditions than the garment workers at the turn of the century. Their exits were open, bathrooms adequate, given lunch breaks, etc.

Now the former factory building is part of New York University. It is known as the Brown Building, formerly Asch Building. It’s the Science building. I owe it to the garment workers who lost their lives which paved the way to a better future for sweatshop workers. Them and Al Smith (he’ll be addressed in a later post). Without labor regulations there would be a lot more work accidents and deaths. The importance of regulations is to protect our workers and protect from accidents like this ever happening again.