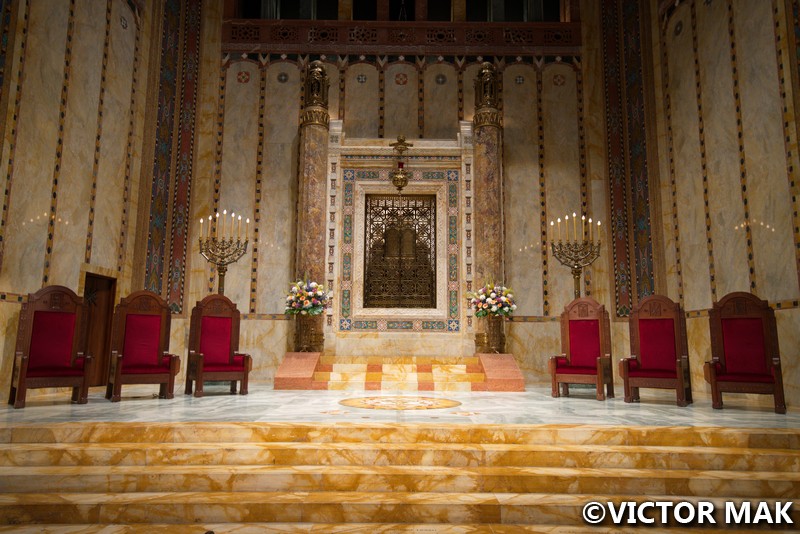 Temple Emanu-El is located at One East 65th Street, across the street from Central Park. It is one of the largest Reform synagogues in the world. On April 1845, Emanu-El was founded by German Jews on the Lower East Side in a rented hall around Grand and Clinton Streets. At the time, Germany wasn’t unified (federated), they consisted of a German confederation of states. This is the oldest Reform congregation in New York.

In 1847, the congregation moved into a former Methodist Church at 56 Chrystie Street. The congregation continued to grow and moved a few times. One location on 43rd Street featured a Moorish style temple, the neighborhood became very commercial as years went by. In the mid 1920s, the congregation merged with Temple Beth-El (located on East 76th Street and 5th Avenue). Then they built the current synagogue you see today. 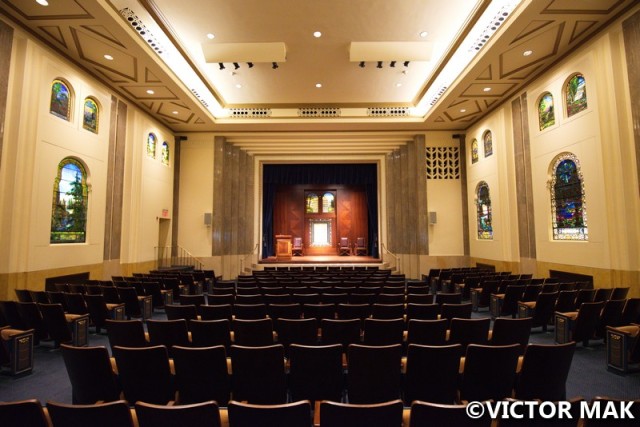 Tiffany stain glass, their style looked like a painting compared to the other stain glass styles. 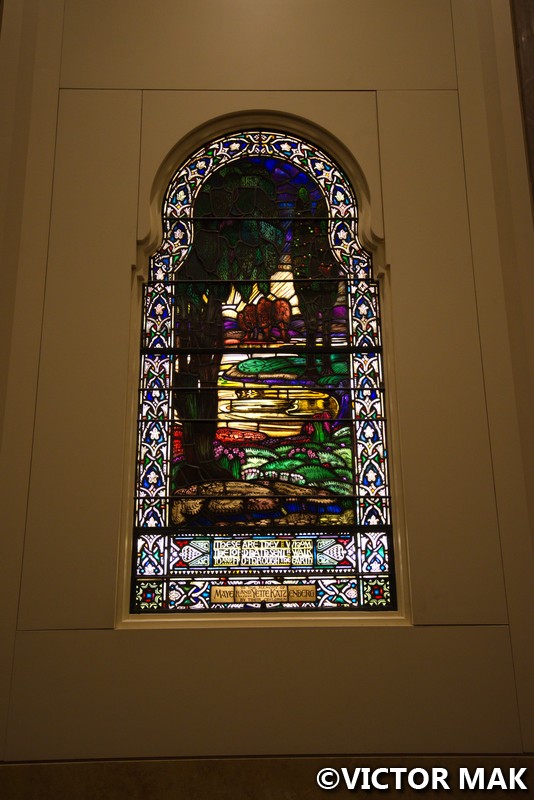 Over the years, the congregation kept growing and expanded their property. There’s a religious nursery school, The Leon Lowenstein Sanctuary, and Temple Emanu-El Skirball Center for Jewish Life and Learning.

Our guide is a huge history buff and all about preservation. Emanu-El was built on the former site of Mrs. William B. Astor House. He said that if he was alive back then, it would have given him heartache knocking it down to build this. The current building is beautiful too but you know us history buffs – preserve all. In 1929, the congregation moved into this building which seats 2,500 people (more than St. Patrick’s Cathedral on 5th Avenue). 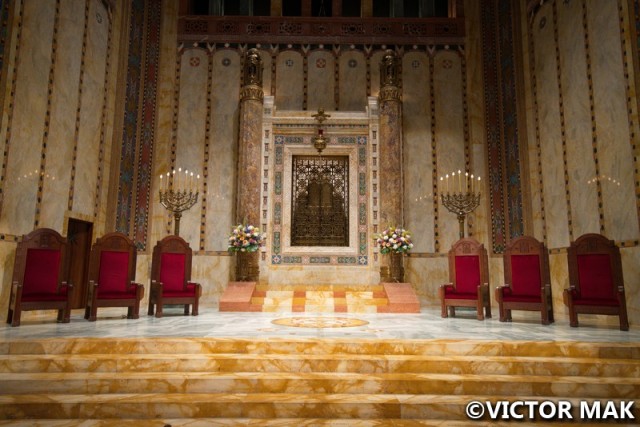 The congregation of Emanu-El has a lot of notable members – Joan Rivers and former NYC mayor Ed Koch held their funeral services here. Bloomberg and Spitzer are famous names in the congregation.

We visit a lot of synagogues but this particular one spoke to me. Architecturally, I like the older temples on the Lower East Side but from a religious point of view, this one spoke. I consider myself a spiritual person, when I pray, I pray to the Universe. The Universe is my god (more like Gods, plural not singular), not the traditional Christian God. It’s the hippie in me, I’m all about the energy of the Universe. We also visit a lot of churches because we appreciate the architecture and my parents are baptized Catholics. I was surprised Emanu-El felt the most welcoming of all houses of worship I’ve been to. Normally I feel like I’m in a class when I visit a church or synagogue on tours. 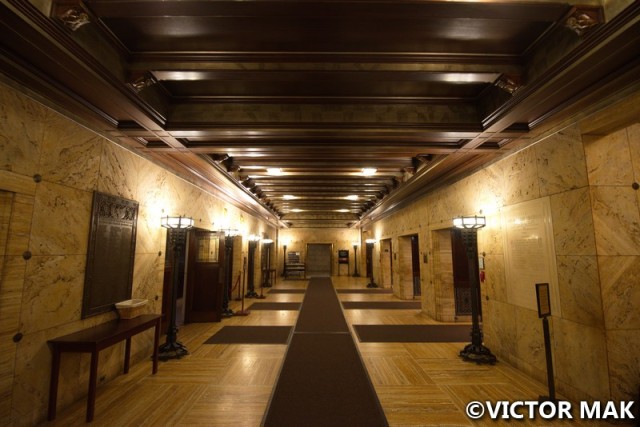 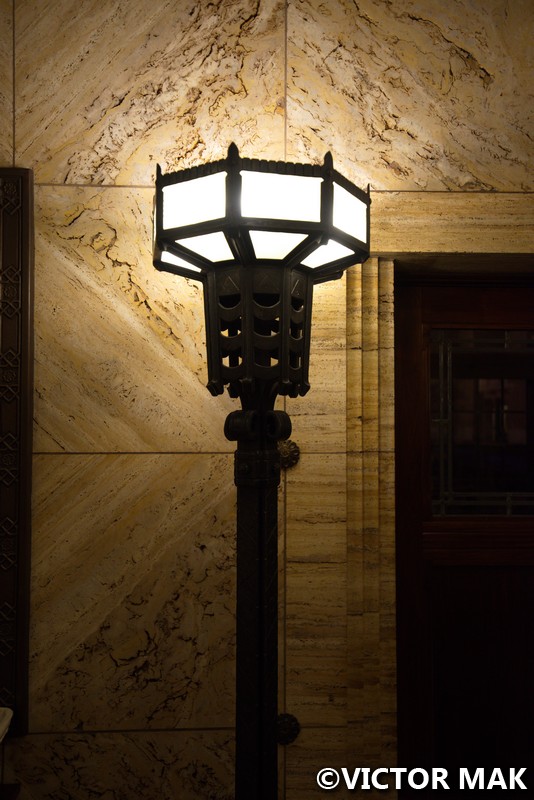 Listening to the docent talk about being inclusive and how they’ve evolved captivated me. Downtown, the synagogues we visited are Orthodox, Emanu-El is Reform and he was explaining how the congregation has changed with the times, modernized, and adapted. I was very surprised I walked away feeling embraced by them, it didn’t feel like a sales pitch to convert. I don’t even know if I’m expressing my feelings correctly. They felt progressive, listening to him speak about the changes and evolution of the congregation and how they worshiped.

Of course, after dropping my old phone in the toilet, I went back to pen and paper but right now can’t find that notebook. According to wiki, when Temple Emanu-El was located on 12th Street, they were controversial for the times and religion and adopted mixed seating. That means instead of being segregated by sexes on opposite sides of the mechitza (partition), everyone sat together. In Reform Judaism, it is ok for opposite sexes to mingle; Reform is also known as Liberal or Progressive Judaism. 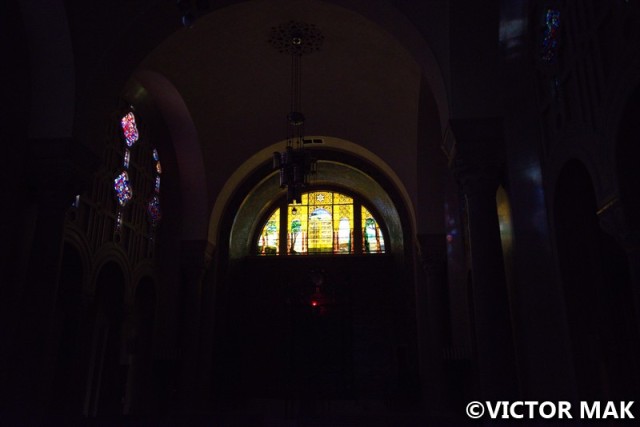 They rocked the tradition boat again when they decided to observe Rosh Hashanah for 1 day instead of the customary 2 (another wiki fact). On the tour, the guide was telling us at one point in the congregation history, they tried worshiping on Sundays but that didn’t work out. I think this is what captivated me, their openness to give new things a shot, maybe it works, maybe it doesn’t, but the open mindedness was something I don’t usually pick up on in any religious houses we visit. 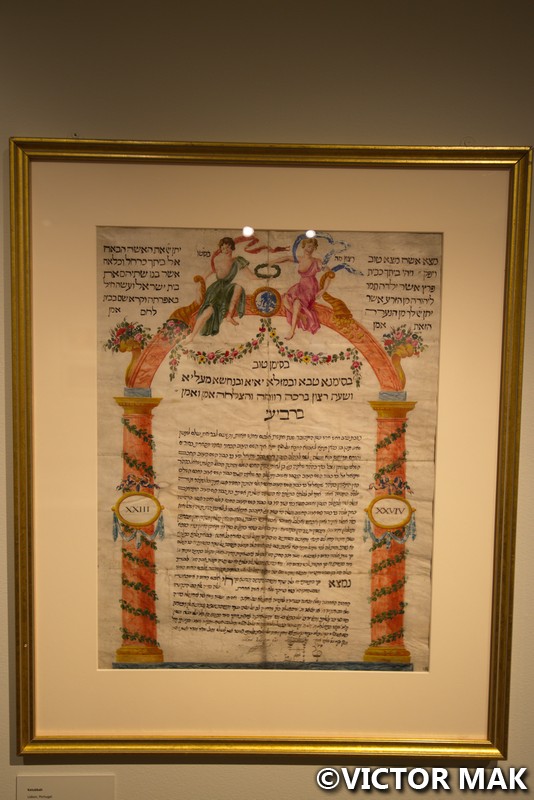 The current building of Emanu-El represented the Jewish American Dream: they fled persecution, arrived in NYC (Lower East Side) poor, worked their way uptown, and prospered. Their move uptown represents how they worked hard, prospered, and wanted the world to see they could worship openly. Emanu-El represents the Jewish American Dream of being able to celebrate openly without fear and persecution, how they came over poor and worked hard for success. No one should be ashamed of what religion they observe, what culture they come from, or how they look.

Outdoor area on the roof. 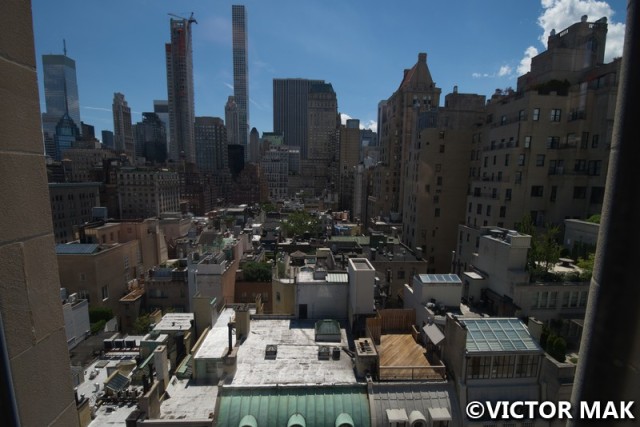