We loved Vancouver Island so much last year, we decided to go back this year (Fall 2017). It was a tiring trip because we woke up early most days and moved around a lot, but moving around the island is a great way to see it. Vancouver island lies off the coast of British Columbia and it’s one of our favorite places in the world, the air is clean, people are friendly, and nature quite accessible. Victoria is a cute little city.

One of our favorite parts about going to Victoria is flying over Washington State.

One of our favorite places to eat at in Victoria, Taste of Europe. It’s a small business run by a Polish immigrant whose perogis are his grandma’s recipe. We came for our first and last meal.

We especially like the quaint alleys and side streets.

Waddington Alley is an example of early pavement when streets were paved with wood. You can read more about Waddington Alley by clicking here. This was a fun find since we have a street like this in Philadelphia, Camac Street. It is named after Alfred Waddington who bought three lots in 1858. He built a private alley and paved the street, it’s not the first paved street which is common to read. We didn’t realize this is how pavement was made back in the day, we thought it was a Philly thing they were trying out. Here a little info about the history of wooden pavement on wiki, click here to read about it.

We love the little alleys, they are quaint. This one branches off Waddington Alley.

We highly recommend exploring beyond Victoria deeper into Vancouver Island. It’s a beautiful island and would be a shame to not experience and see it with your own eyes.

Walking the seawall past Parliament along Victoria Harbor.

Victoria is the capital of British Columbia. They have a population around 85,000 in the city and 383,000 in greater Victoria. The city is named after Queen Victoria and is one of the oldest in the Pacific Northwest. The most famous buildings are Parliament (which you can visit on a tour) and The Empress Hotel. I finally got to experience Victoria at night (last year I was sick and stuck on east coast time 9 out of 10 nights so I kept passing out around 7pm). 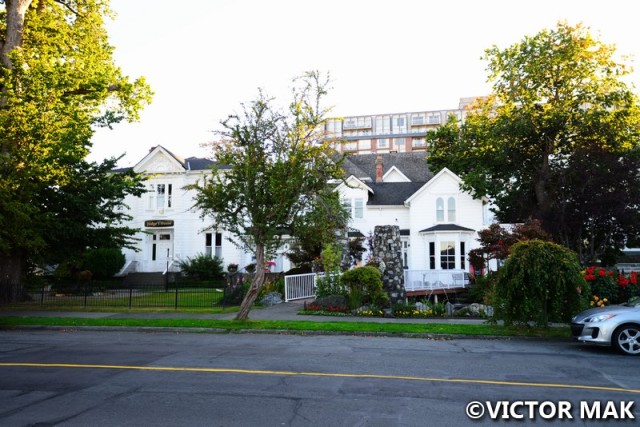 The later half of the 19th century, Victoria became as port for the opium trade; they were North America’s largest importers. Opium trade was unregulated and legal until 1865; 1908 marks the year it was banned. 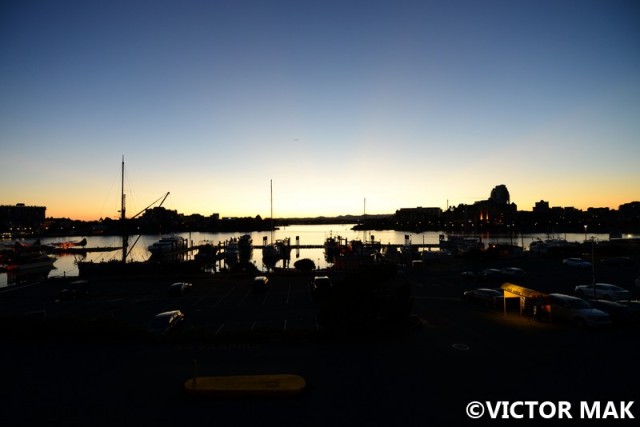 The wettest time of year to visit is winter. They don’t get much snow and when they do it doesn’t linger. Victoria has the mildest weather of Canada and is popular for retirees. We sure wouldn’t mind a change and to move here. We love it so much we’re planning on another trip (in 2019 or 2020) to Victoria and the Tofino/Pacific Rim area. This is a great place to slow down, breathe fresh air, and reconnect with nature.

Finally got to see Parliament at night!

After one night in Victoria, off we went to Campbell River by way of the Tofino Bus. Grizzly bear tour next post! 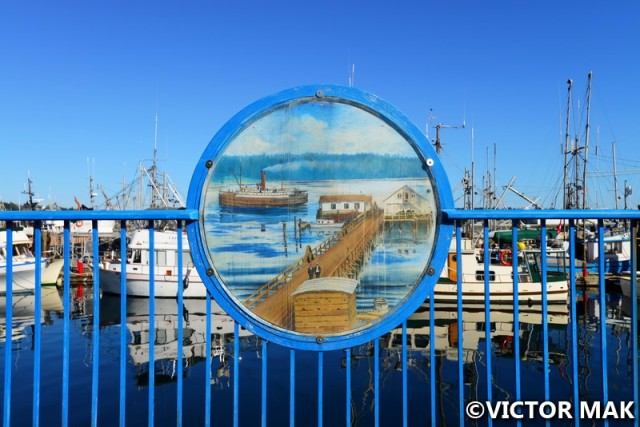 A few people were asking  where Vic bought his camera accessories (store is linked). The Peak Design Capture Pro clip mounts your camera to your bag strap or bely. It’s very useful when you’re hiking and climbing around cause it keeps the camera against your body and doesn’t swing around unlike if you had it on a strap around your neck or shoulder.