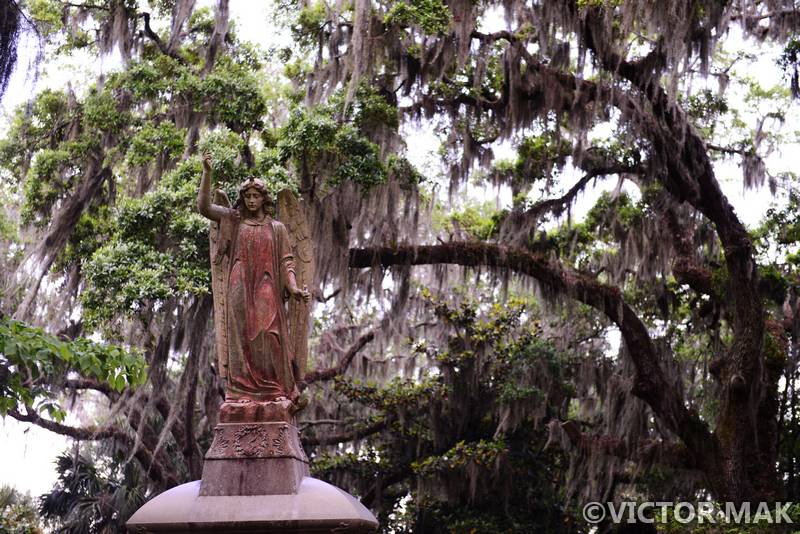 This is the reason why we flew to Savannah – Bonaventure Cemetery.

We learned cemetery enthusiasts have a name – taphophiles.

Originally we planned on taking a cab to the cemetery so we could take our time and take pictures but we decided a tour would be less headache. We booked a tour with Dash Tours. We had the pleasure of meeting Don Teuton, a 5th generation Savannahian, future resident at the cemetery and a stickler for history. If you have a question about Savannah and it’s inhabitants or history, then he’s the guy to go to. He was also friends with Danny Hansford, a man who met an unfortunate end that was documented in Midnight in the Garden of Good and Evil. I have to read the book. I tried watching the movie but it was too slow for me. But the book cover photo of bird girl. She’s the reason why I’ve been wanting to visit for years.

Here lies the Telfair crypt and one of it’s inhabitants Mary Telfair. She is best known for being a benefactor of the Telfair Museum of Art. She was a woman who really knew what she wanted and was quite the feminist. In her time women weren’t suppose to inherit estates but eventually through fate her family’s estate ended up in her hands. If she married, she would have lost control so she stayed single. She was also very set in her ways and once her mind was made up, it was made up. Women like her make me smile. I can see myself doing a lot of the things she did in her lifetime. She dictated how her estate will be used and her word is still honored till this day.

This is still an active cemetery so out of respect to the families – stay off the graves and stay on the paths. Our guide allowed us to walk on some graves he had permission to walk on. 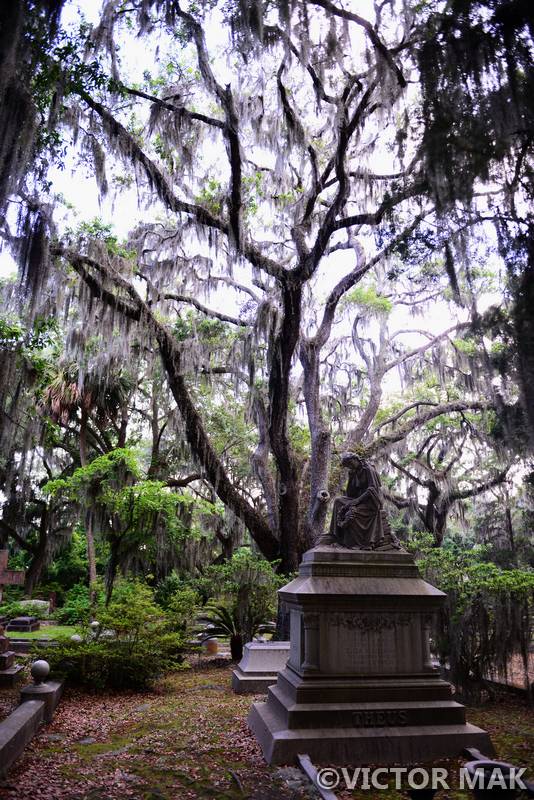 Conrad Aiken’s is the only grave you can drink at. He had a tragic childhood and was a big drinker throughout life. Legend says to save a drink and pour it on the ground for Conrad. Lot’s of tourists do it but don’t. The preservationist society would like it if you drink it all in honor of Conrad instead. 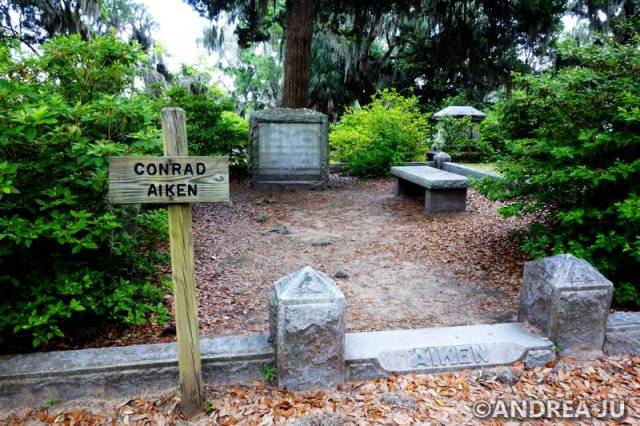 Bonaventure was originally a plantation.

After visiting it has become our favorite cemetery. Spanish moss draped over trees is very pretty and it’s everywhere. 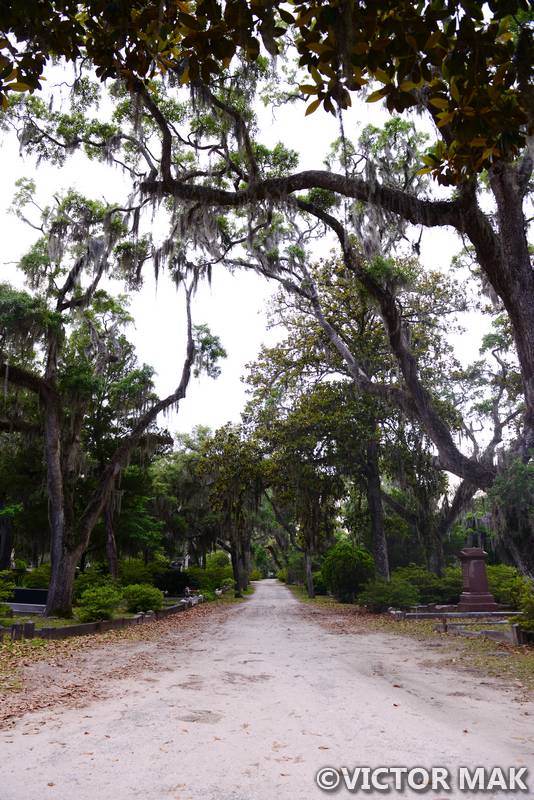 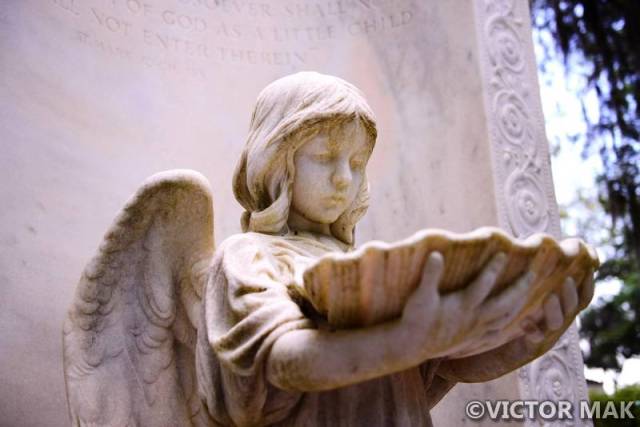 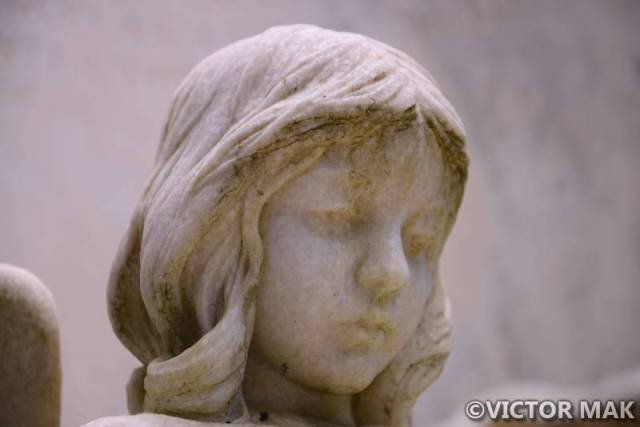 We hear azalea season is the time to come when the bright pinks contrast with the surroundings. You can see some images here.

Coffin safety in case you got buried alive. You can ring it from the inside. 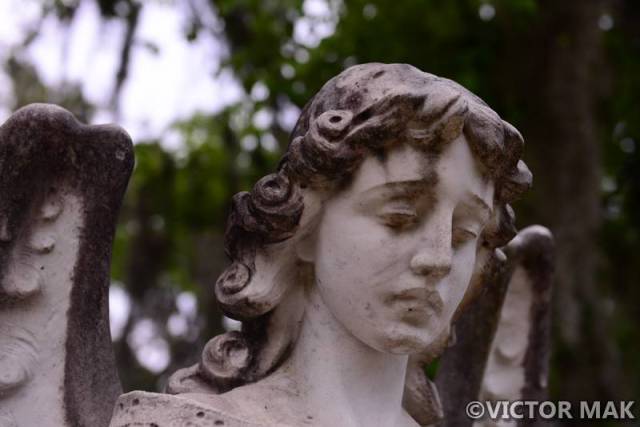 We didn’t bring home any hoodoo curses or ghosts like a few of our friends fear. They really believe this. Why? I have no idea.

The departed of Savannah are mostly interested in us learning their stories instead of going home with us. It was a tranquil day with the departed. 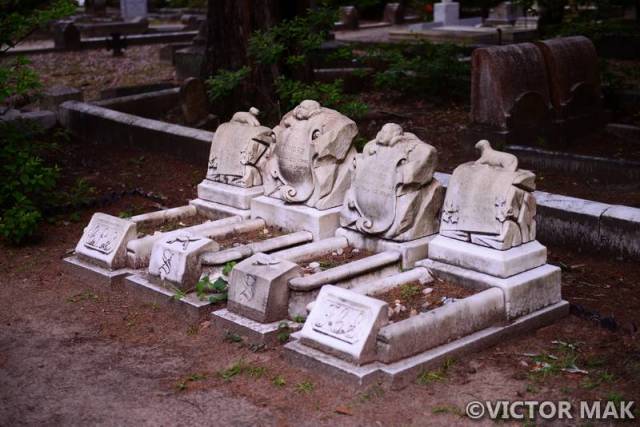 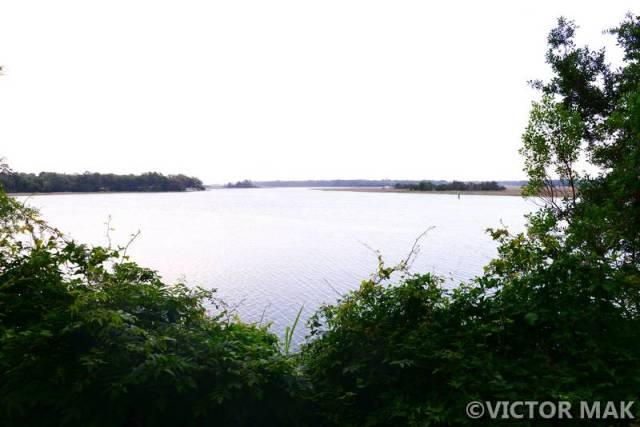 Don Teuton was so into our tour it ran a half hour over. 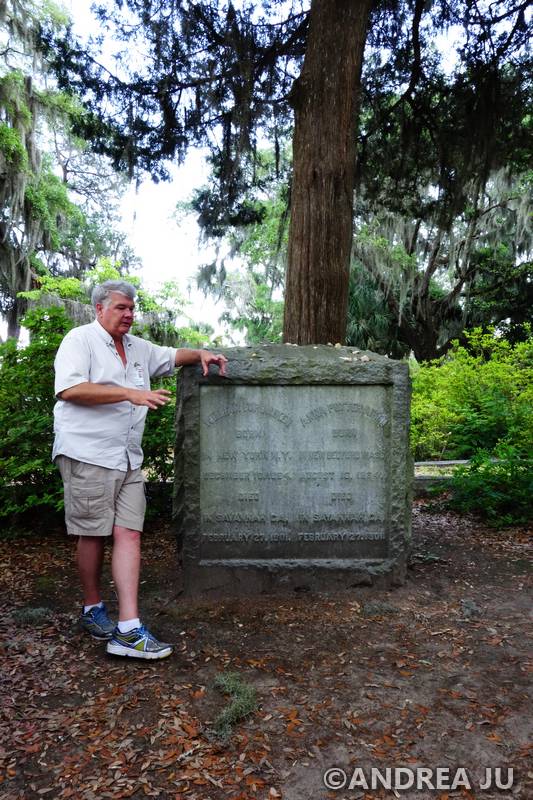 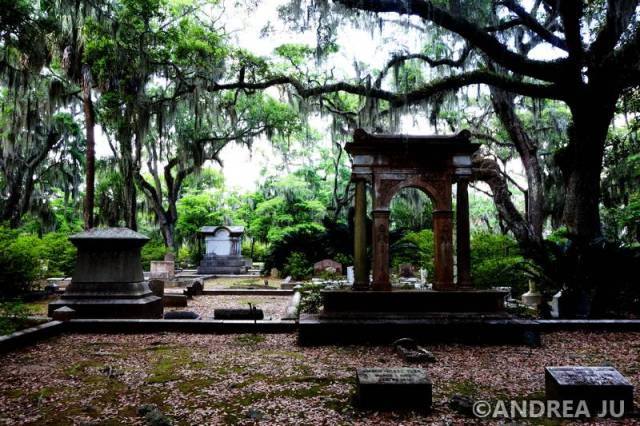 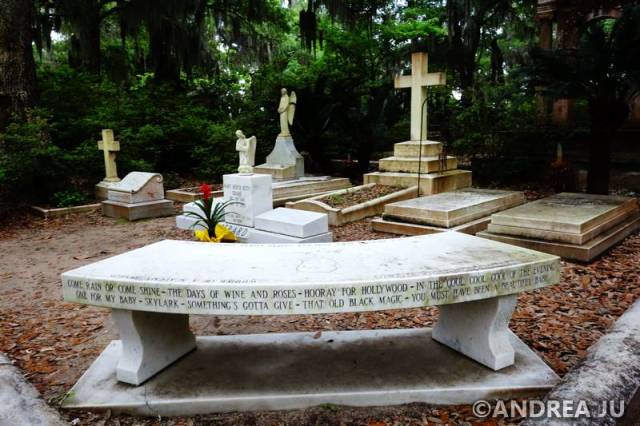 Don’s partner Tim managed to snag a plot by the river for $1200. We expected it to be more costly. Photo not included.

Spanish moss is neither Spanish in origin and it’s not even moss. It’s an air plant that is related to the pineapple. You will see it everywhere on the ground – DO NOT touch it. The ones on the ground have chiggers and you don’t want that itch bothering you. The first Ford car recall was because of Spanish moss.  It was picked up and used for seat stuffing and what they didn’t know at the time was that it had chiggers in it.

Legendary John Walz, the main sculptor in the cemetery. For the longest time he never had a headstone. It’s a better story coming from Don’s mouth.