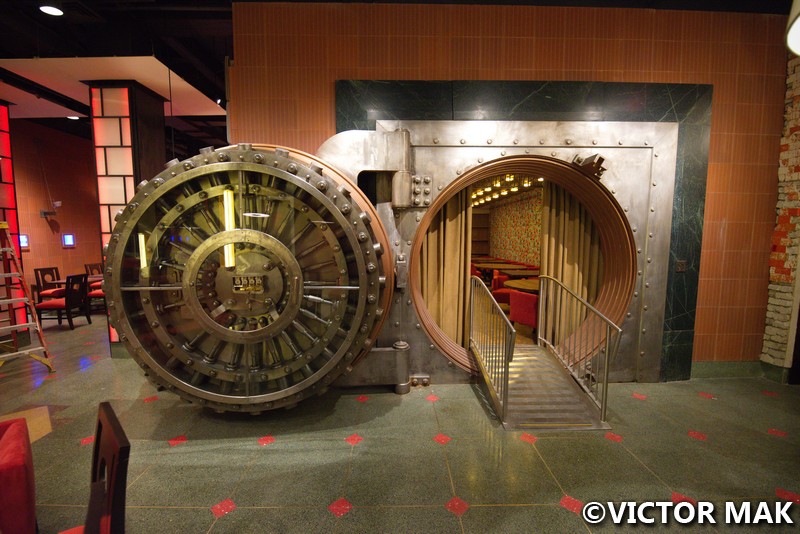 This Art Deco beauty opened on June 2, 1930, a popular style in the 1920s and 1930s. The hotel was built in the Garment District by developer Mack Kanner. It was designed by Sugarman and Berger and the original plan was 38 stories. When it was finished the hotel stood 43 stories, had 2500 rooms, and cost $22.5 million (original estimated construction cost was $8 million). 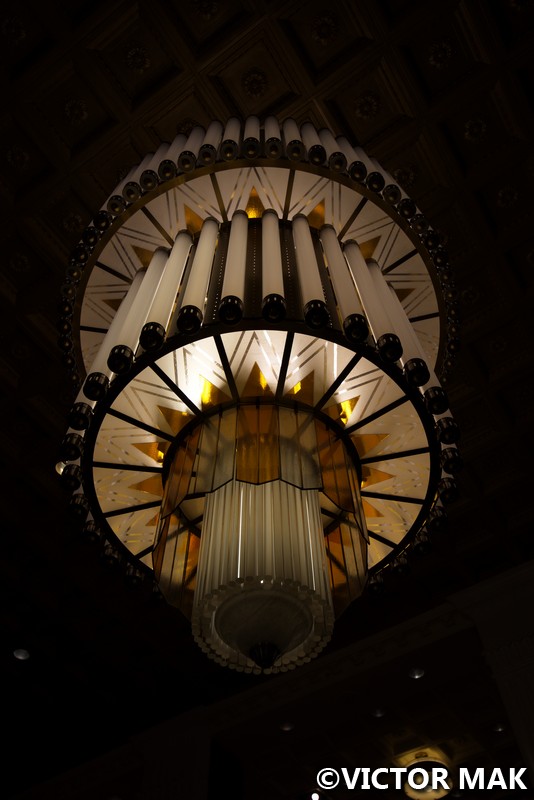 The 1940s and 1950s marked the hotel’s heyday. It was the most fashionable in the city. Celebrities, athletes, mobsters, politicians, musicians, etc. used to stay here. Muhammad Ali, Joan Crawford, Fidel Castro, JFK, and Spencer Tracy are some of the notable figures that have stayed here. Nikola Tesla spent the last ten years of his life in The New York Hotel.

Changing demographics and economy lead to the decline of the hotel. Newer hotels were being built with modern amenities out dating the New Yorker. When they opened, they had  95 switchboard operators, 5 restaurants with 35 master chefs, ten private dining “salons,” a barbershop which was one of the largest in the world (42 chairs and 20 manicurists), and 150 laundry staff washing up to 350,000 pieces daily. All this in addition to the ballrooms.

This is where Hillary Clinton gave her concession speech. 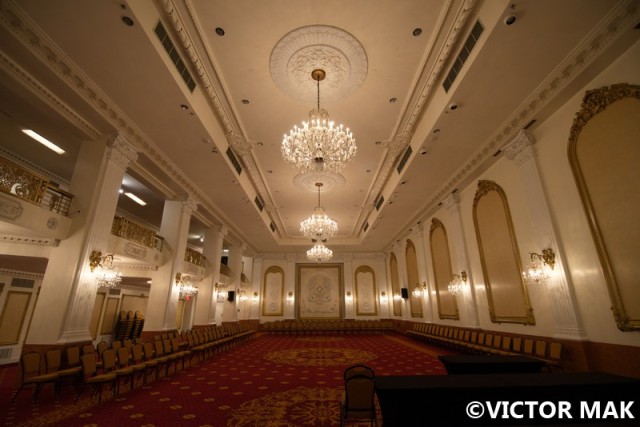 The New Yorker changed hands a few times. In 1953 it was sold to Hilton hotels for $12.5 million. An antitrust suit by the federal government led to it being sold to Massaglia Hotels for $20 million in 1956. Massaglia Hotels sold the New Yorker to New York Towers Ltd., an investment group that group later went bankrupt. The Hilton reacquired the building in 1967. 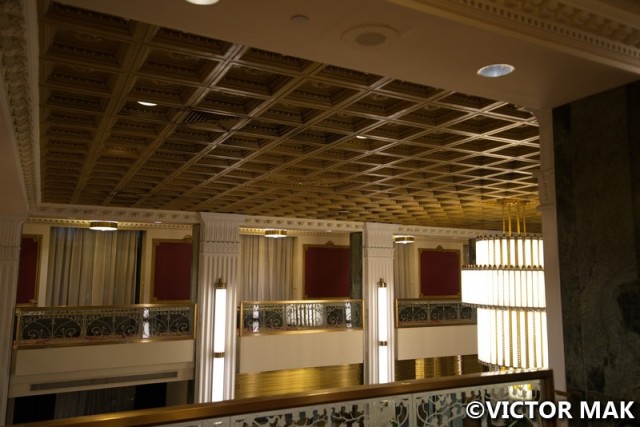 Room 3327 and 3328 were home to Nikola Tesla for the last ten years of his life. He immigrated over to the USA in 1884. Tesla was a Serbian immigrant that previously lived and worked in France for the Continental Edison Company. He died penniless and never made money on his discoveries. Before the New Yorker, he used to live in the Waldorf-Astoria, long-term living in hotels was a thing back in the 19th and 20th centuries.

Telsa liked to feed pigeons and would bring back the hurt ones to rehabilitate. In 1937, he was hit by a cab on his way to feed them and refused medical attention. In 1943 at the age of 87, Telsa died in his room and was found by a maid. Even though he was an American citizen, the FBI seized his belongings under the Alien Property Custody Act. They were probably interested in his ideas on the “Death Ray” or “Peace Ray” which was an anti aircraft defense system Tesla described it as a “super weapon to end all wars.” You can request to stay in Tesla’s room if you plan on visiting and stay at the New Yorker. 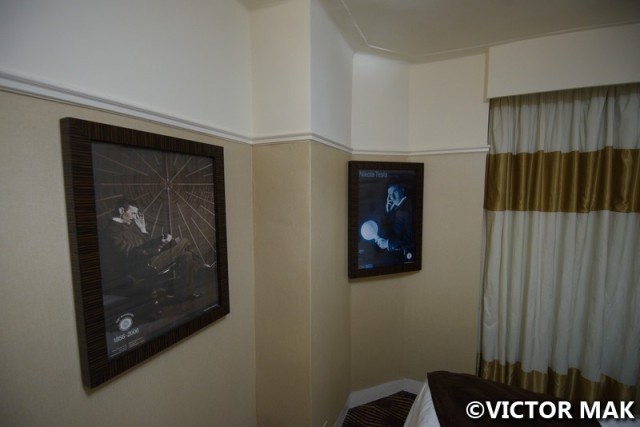 The New Yorker hotel had it’s own coal fired steam boilers and generators that produced over 2,000 kilowatts of direct current power. When the building opened, it contained the largest private power plant in the US. In the late 1960s the hotel’s power system was upgraded to alternating current.

There use to be a tunnel that led right to the trains. Now closed off to the public.

They are opening a restaurant in the basement level with the old bank vault. Looks really cool, we want to go eat in the vault. 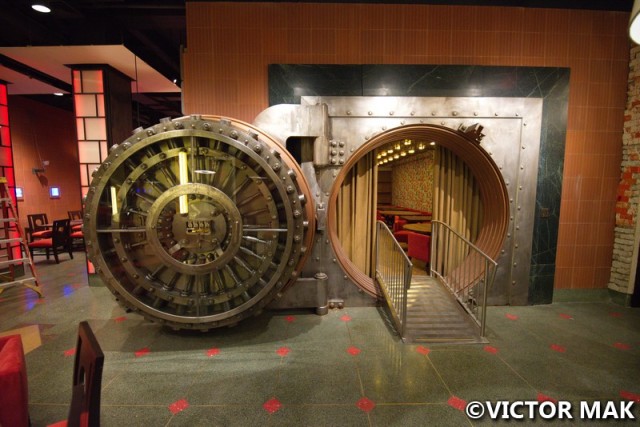 This was a really cool tour we booked with Untapped Cities, one of our favorite off the beaten path tour groups. Joe, the senior project engineer and historian of the hotel was a great guide and happy to show us around. He worked at the hotel longer than another employee so it was really nice listening to his personal stories. We were supposed to go to the roof but couldn’t because of the weather. I admit being on the roof that high up would have scared the shit out of me. Instead they took us to see the restaurant or event room right below the roof. 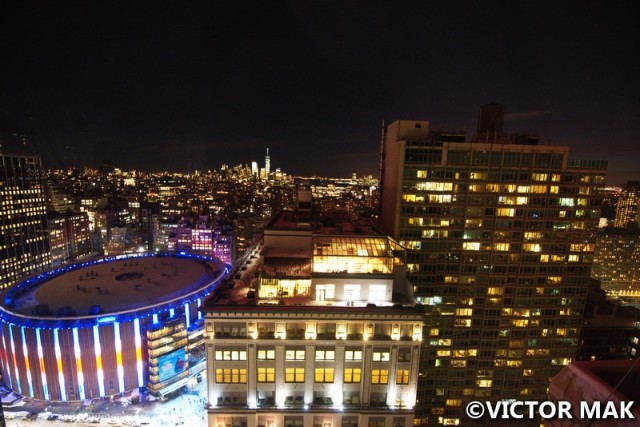 I dropped my phone in a toilet and it died so I don’t have any pics of the hotel from the outside. This is what I get for being too lazy to take out the big camera to snap a picture. You can get a good idea of what the hotel looks like on their website: https://www.newyorkerhotel.com/. I like the little pic of the tops of the building with the New Yorker sign. I also like the step style of the building and you can see it in that pic.

11 thoughts on “The New Yorker Hotel Behind The Scenes”