A long time ago Victor gave me a booklet about the Freemason lodge. It’s taken over a decade to finally get there. If you ever have extra time in Philly and are a history and architecture buff – check it out. Quite a few US Presidents have been masons: George Washington, James Monroe, Andrew Jackson, Theodore Roosevelt, Franklin Roosevelt, Gerald Ford to name a few.

The Freemasons are a fraternal organization which traces their origins to local fraternities of stonemasons. Members of the organization are called Masons. You can read about them here.

Grand Lodges are sovereign bodies that govern in a given country, state, or area. There is no single body that governs over the Freemason worldwide. 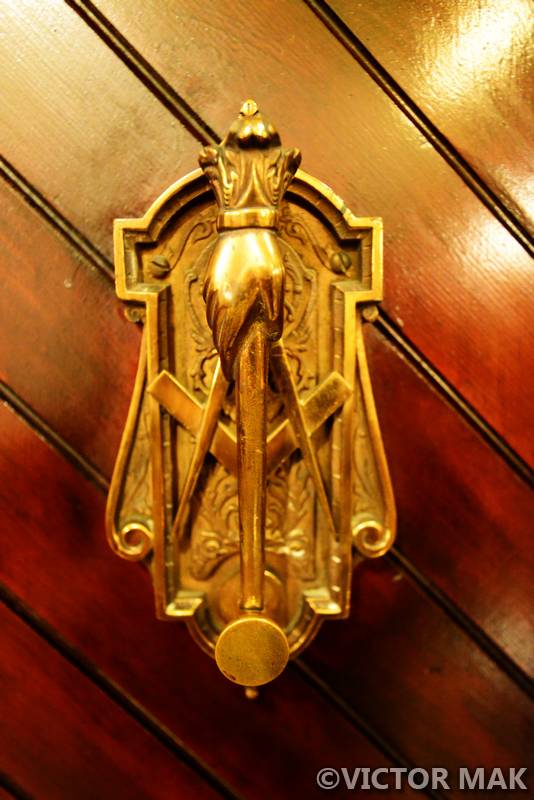 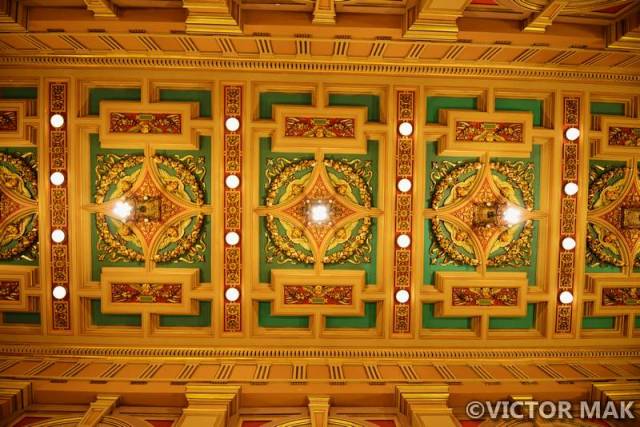 The Grand Lodge of Philly was constructed in 1873. It’s been referred to as one of the great wonders of the Masonic world. Each rooms theme is based on an architectural ancient wonder of the world. Tours are offered Tuesday through Saturday.

Membership state side has been declining but growing in some countries overseas. Recognized chapters of Masons do not accept women is what we were told on the tour. 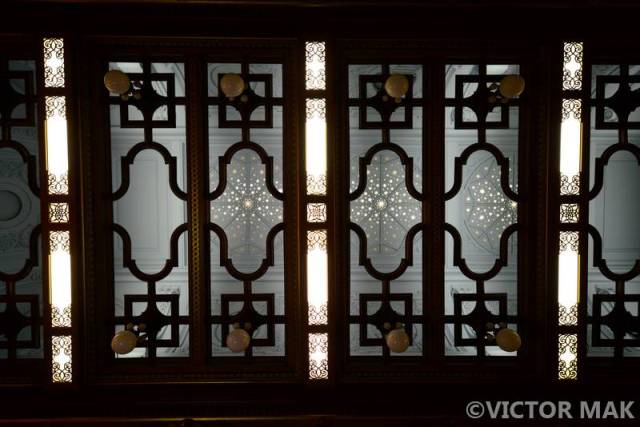 Someone on the tour asked about the relationship between the Mormons and the Freemasons.

Joseph Smith, his older brother Hyrum, and possibly his father were Freemasons when they lived near Palmyra, NY. In the 1820s, anti-Masonic fervor swept through the western region of New York. By 1840, Joseph Smith and other prominent Latter Day Saint members have become Masons and founded a lodge in Nauvoo, Illinois. Smith remained a Freemason until his death. Later on, leaders in the Latter Day Saints distanced themselves from Masonry. Today, The Church of Jesus Christ of Latter-Day Saints (LDS Church) holds no position for or against Masonry and LDS doctrine. 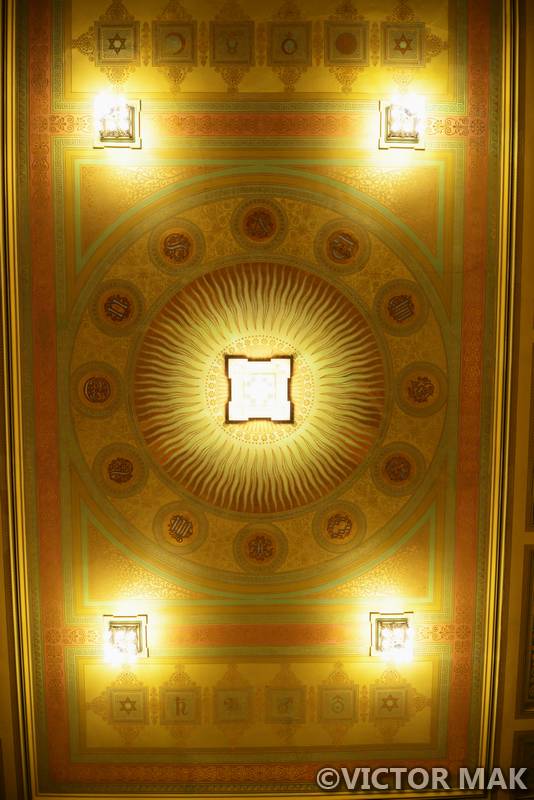 You have to believe in God or a spiritual higher being in order to become a member. 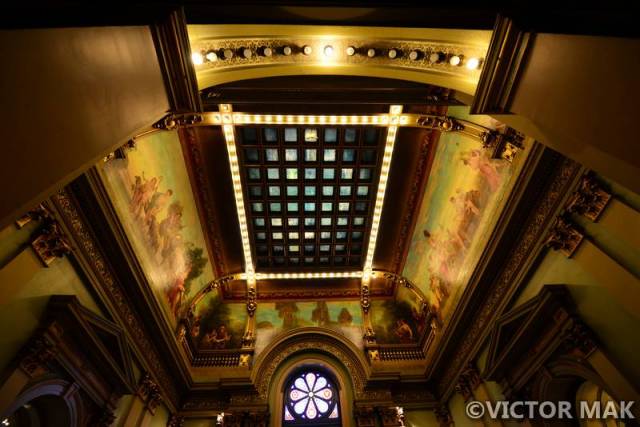 The earliest known American lodges were in Pennsylvania. After the American Revolution, independent US Grand Lodges formed within each state. 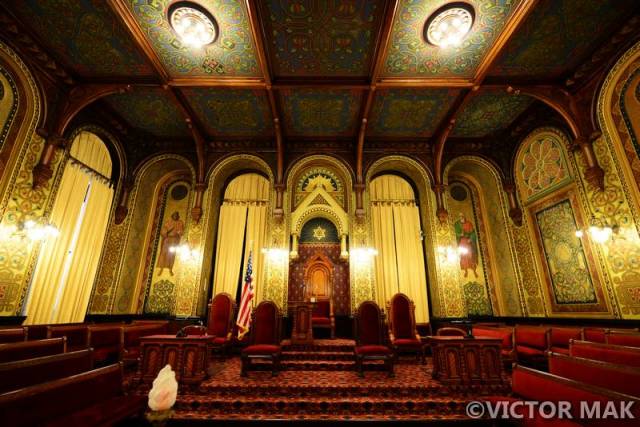 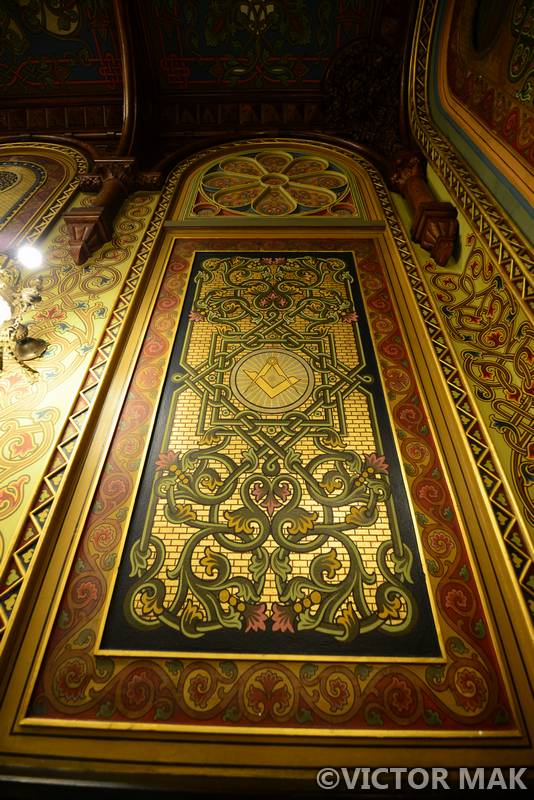 The number is not exactly known but it is estimated that between 80,000 and 200,000 of Freemasons were killed under the Nazi regime. Masonic concentration camp prisoners wore an inverted red triangle and were treated as political prisoners.

No fraternal secrets are given during this tour. They tell you about the history of the building and explain the architecture. The guide, who is a Mason member, answers 3 questions anyone asks. 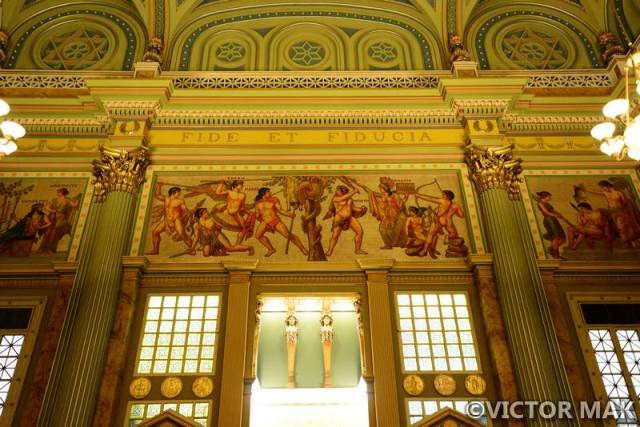 Each Grand Lodge is independent. They do not always see each other as being legitimate. There is no worldwide Grand Lodge that supervises them all. 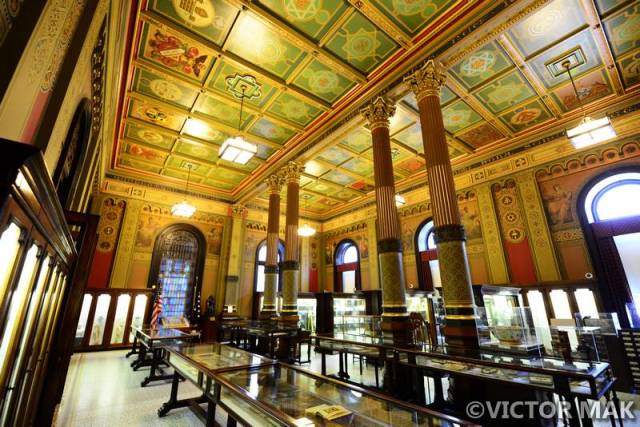