All the elements were in our favor: fog, mist, drizzle. There was a magic about Sombrio the day we visited.

View from the car.

As the car approached closer to Sombrio the fog thickened. It was a somewhat clear day in Victoria which is about an hour and fifty minute drive away. This is the best part about not knowing how to drive as a passenger, I always get to enjoy the views.

Sombrio Beach is along the Juan de Fuca Marine Trail. The beach is about a ten minute walk on a pebble path. You’ll have lots of friends, banana slugs going about doing their thing so watch those feet. We are in their home and we have to respect them. I was mortified to step on one and it didn’t happen but there were a few close calls.

Remnants of an old surfing village.

There are three wilderness camping sights; East Sombrio, Main Sombrio and West Sombrio. When the tide is high you’ll see surfers riding the the waves.

We were pretty sore after hiking to Mystic Beach the day before so it was nice to take it easy. After our catered lunch (Toni provides a hearty lunch of sandwiches, quinoa salad, and scones) we walked along the beach in search of the waterfall only accessible during low tide. 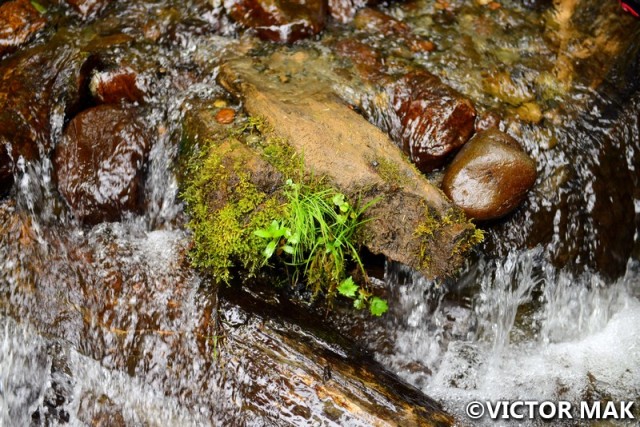 We walked along big, giant pebbly shaped rocks the size the size of lemons and apples. I’m not the most balanced person so I was nervous at the thought of slipping and ending up in the water (west coast water is cold!) but I made it to the the little stream. We followed that stream to the waterfall with Toni encouraging me each step of the way. She could tell I wasn’t exactly loving  climbing on logs and rocks to the waterfall. She kept saying it’ll be worth it.

It was beyond worth it.

Standing in the crevasse of earth looking at the sky from below was incredible. I expected to find some pirate treasure buried somewhere. The Pacific Northwest has a way of doing that to you, would have loved to find me that Goonies pirate ship.

For a while we had the area to ourselves until some campers came by to bathe. We left a little while after and again I wasn’t loving climbing back down the logs and rocks. I have bad knees and flat feet so jumping or anything with landing on my feet isn’t comfortable and usually hurts. So I slid down the log on my ass which was much easier than me hopping down. What made it easier for me to hike is the fact that a lot of bugs for them is a little compared to what I’ve seen. 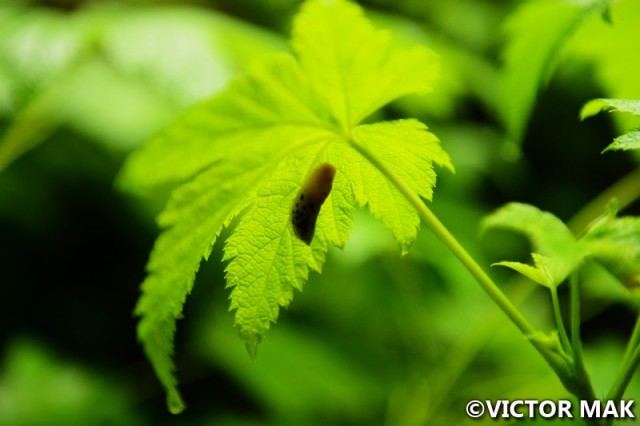 Keep an eye out for brown birds with white tails. Walking back to the car we spotted a bald eagle.

The icing on our cake was ending our time with Toni with one last bald eagle sighting along the coast as we drove back to town. 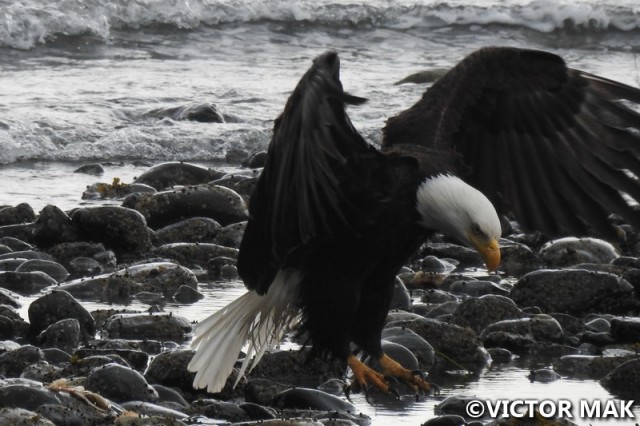 If you wanna book a tour with Toni, here’s her info: http://www.victoria-hiking-guides.com

We’ll be back walking the forests with her in the future.